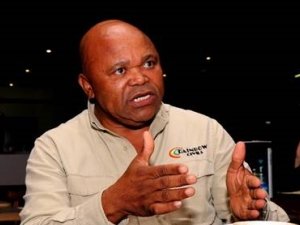 Rainbow’s vision is to empower people through:

Our vision is informed by respect for the individual on the one hand, and broad-based black economic empowerment on the other.  BBBEE is defines as an integrated and socioeconomic process aimed at redressing the imbalances of the past. As such, it seeks to substantially and equitably transfer the ownership, management and control of the country’s economic resources to the majority of its citizens.

Rainbow Group is a 100 % black-owned company. It was founded in 1996 by founder and managing director, Mr Solly Sebola. Altogether 99 % of the company’s staff is historically disadvantaged individuals.

Our mission is to empower people by offering them fair remuneration, coaching and mentoring in exchange for honest labour. On-the-job training is available to all our staff and young black employees in the company are empowered through education, training and development. Rainbow also offered mentorship and coaching to about 2,000 employees from local communities to provide them with a sustainable future through the Expanded Public Works Programme (EPWP).

We actively support preferential procurement as an effective instrument to drive BBBEE and enable emerging black enterprises to expand their output.

Rainbow helps to establish new enterprises by providing set-up costs and/or support for under-privileged communities and sponsor various sports and recreational activities aimed at the youth.

Our empowerment vision is inspired by the story of our founder and managing director, Mr Solly Sebola.

In his early years, Solly Sebola struggled to find work. When he landed a job as a cleaner at Cape Town International airport in 1992 it was the humble beginning of a great future. He was soon promoted to supervisor and then to operations manager. Eventually he caught the eye of an ACSA regional manager, who encouraged him to strike out on his own.

Solly registered his own close corporation attended a course at the Small Business Development Corporation and successfully tendered to clean Metrorail trains at Bellville and Strand. Eight months later he landed a three-year contract to clean aircraft at Cape Town and Port Elizabeth airports.

In ten short years, Solly Sebola has built the Rainbow Group into a successful business that empowers thousands of people.